Mid February, we travelled to Sumba Island and were so lucky to stay at the amazing award-winning Nihiwatu Resort. Our stay at Nihiwatu was nothing short of bliss, but what impressed us the most, is the ongoing commitment and generosity of the resort towards the local communities.

Maintaining its deep-rooted philosophy, a portion of profits are repatriated into the Sumba Foundation that one of the owners founded in 2001 to lessen the harsh impacts of poverty on the Indonesian island of Sumba. The result is a rare collaboration between a resort and its local community that today co-exist with compelling interdependence, the resort has become the biggest employer on the island and the Sumba Foundation gives back to the local communities.

Sumba is located in the Nusa Tenggara Timur Islands (NTT). This province of Indonesia is located in the eastern area of the Lesser Sunda Islands and also contains West Timor. The Southwestern, or Sumba, Group is comprised of four regencies: West Sumba, East Sumba, Central Sumba, and Southwest Sumba. The total population of Sumba is estimated at almost 700,000 people.

The majority of The Sumba Foundation’s work is located in Western Sumba Regency (Sumba Barat). The capital of this regency is Waikabubak, which is about 45 minutes from Nihiwatu Resort. The population of West Sumba Regency is estimated at 111,000 people and sits on an area of 737 km2.

Stepping into Sumba is like stepping back in time. Although the cities of Tambolaka, Waikabubak, and Waingapu are bustling epicenters, once you leave the city limits, life becomes much slower paced.

The mission of the Sumba Foundation is to alleviate poverty in Sumba. The Foundation aims to achieve this through village-based projects focusing on: access to potable water, ending malaria, general health, and education, while preserving and respecting the cultural traditions of its people.

The Foundation believes that each and everyone of us has a responsibility to better use our position and resources to help people living in poverty realize their needs and vision of a better world. The Sumba Foundation’s work is rooted in the knowledge that the most effective actions must come from within the context of our own lives and hearts.

As members of the human family, each of us is responsible. All of us are accountable.

Over the last fourteen years, the Foundation has set up over 15 primary schools, built 48 water wells and 5 medical clinics, supplied 172 villages with clean water and reduced Malaria by 85% in affected villages.

We were so touched by the wonderful work the foundation is doing, that we decided to donate from Global Expat’s profits an amount of US$ 300. 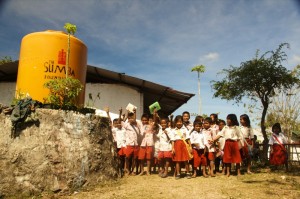 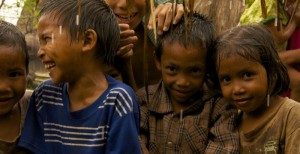