The Changing Face of Bali Tourism

While Australians continue to represent the top source of visitors to Bali with a 23.18% market share, the People’s Republic of China appears on course to supplant Australia in the top spot sometime in the first half of 2017.

Japan, once the top producers of visitors to Bali, came in third for 2016 with 234,590 – a modest increase of 2.87% over the previous year. Look for Japan to drop to 4th of 5th place as a source of arrivals in 2017 as UK and Indian visitor totals stand poised to move up the rankings.

UK visitors to Bali were up 32.01% in 2016 at 221,149 tourists, followed by Indian visitors in 5th place with 186,638 visitors – a total that increased 57.61% for the year. Plans are now underway to increase flights from India to Indonesia that, when realized, should boost arrivals considerably. 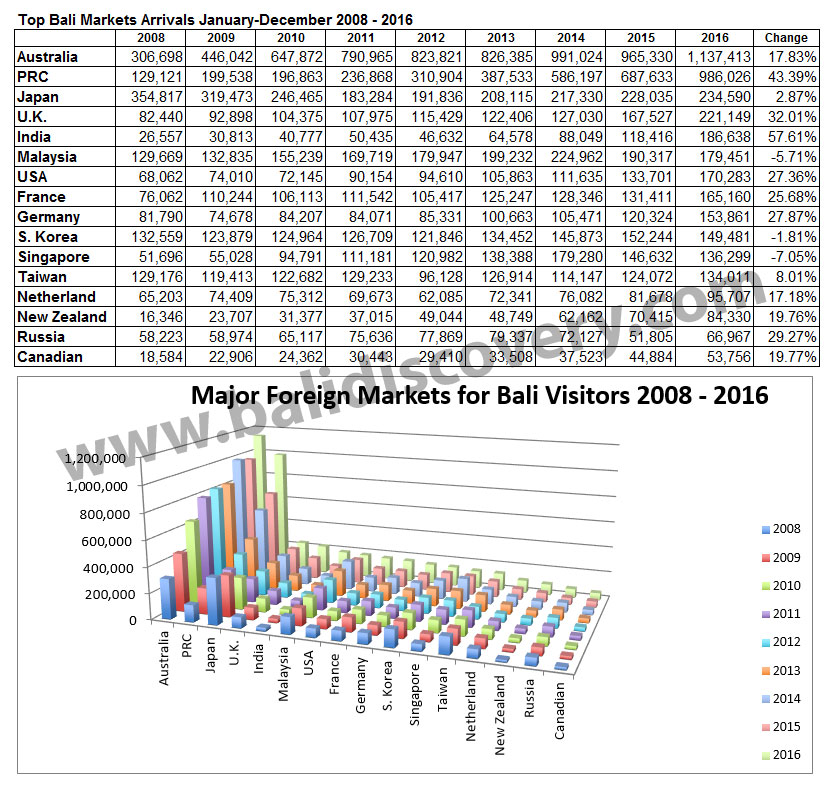 Given what is generally agreed to be a glut of rooms in Bali, length-of-stay statistic recently released showing a decline from 3.9 room nights to 3.1 room nights, if correct, make the 22.55% increase in arrivals a near zero-sum game as it relates to tourism growth. Too many hotels and guests staying for shorter periods explains, at least in part, sagging occupancies at many Bali hotels. 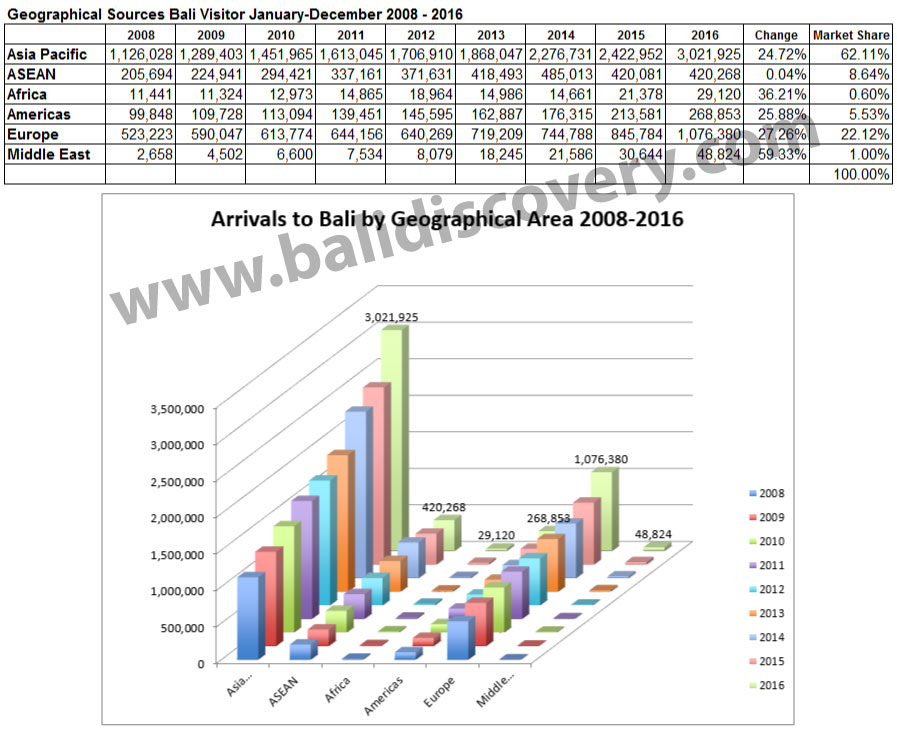