Thailand closed the year with an overall occupancy of 73.4%, an increase of 13.6% over 2014, as arrivals soared to near the 30 million mark, driven by the demand from the mainland China market. December was a particularly strong month as occupancy levels reached 77.4%, the highest levels since 1995.

Organised by C9 Hotelworks, in cooperation with Thailand’s American Chamber of Commerce (AMCHAM) and supported by the InterContinental Hotel Group, Thailand Tourism Forum, now in its fifth year, has emerged as an important platform for tourism news and discussion, attracting over 500 registered delegates this year.

“We are delighted to be expanding our boutique hotel brand, Hotel Indigo, after its successful debut in Bangkok with Hotel Indigo Bangkok Wireless Road in 2015. In Thailand, we are slated to open the 180-room Hotel Indigo Phuket Patong in 2018 with our partners Kebsup Group Company Limited,” said Clarence Tan, Senior Vice President, Development, IHG Asia, Middle East & Africa.
“The brand continues to expand across South East Asia this year with the opening of Hotel Indigo Katong in Singapore and Hotel Indigo Bali Seminyak both distinctive, stylish properties with a vibrant design inspired by their neighbourhood.”

The hotel investment community was out in force, led by keynote speaker Kenneth Gaw, President and Managing Principal of Gaw Capital Partners, whose company handles over USD10 billion in hospitality and real estate AUM (Assets Under Management) across the world. 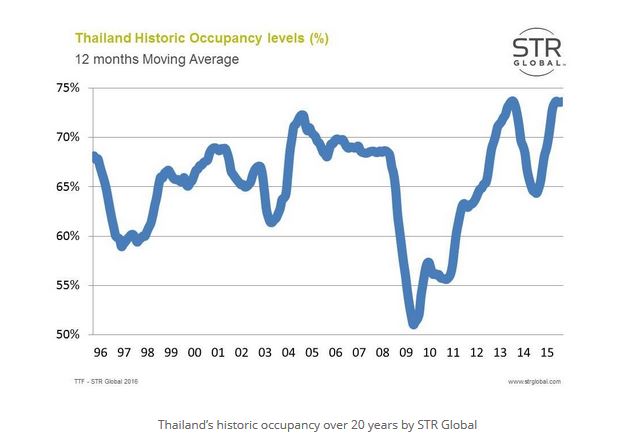 “As a destination for hotel investment, Thailand remains one of our preferred choices because it is one of the most attractive travel destinations in the region,” Mr Gaw said. “Operating costs are relatively low and there is an abundance of opportunities.

“Thailand will remain the preferred travel destination for ASEAN and all Asian markets for years and we wish to continue to grow and be part of that. But there is the opportunity for even higher potential if it can achieve long-term political stability and relax foreign ownership restrictions.” Thailand’s unique position in ASEAN, its upcoming 30 million annual arrivals milestone, the China market and its economic woes and what is termed the “new normal” – a period of almost continual disruption and challenge in the destination – were all addressed – along with the future of the hospitality industry in Thailand.

C9 Hotelworks Managing Director, Bill Barnett said: “I think everyone can feel the buzz. There is palpable excitement in the industry tinged with the uncertainly of not knowing what is around the corner. This is a very dynamic operating environment as Thailand works out what life is like after 30.”

“One thing is for sure. Thailand clearly possesses the most vibrant tourism industry in the region. It is attracting investment and is positioned as the tourism hub of AEC. We will see this emerge as a major storyline through the year as the country will lead the region’s tourism development.”